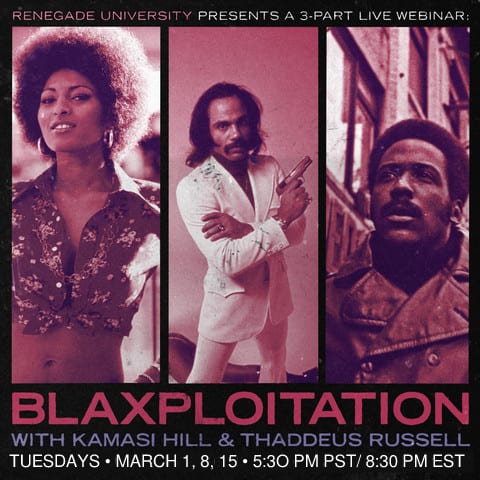 The Blaxploitation genre of film, which emerged in the early 1970s and became one of the most popular forms of entertainment among African Americans, radically challenged the integrationist norms of the civil rights movement by featuring characters who engage in non-respectable behaviors as criminals, drug dealers, pimps and prostitutes. The NAACP derided the films as “proliferating offenses” that would set back the mission of achieving full citizenship for African Americans.

But in addition to being enormously popular among black audiences, Blaxploitation films have been hailed by some for being the first in American cinema to portray black characters as heroes rather than sidekicks, villains, or victims of oppression. Blaxploitation films, which were the first to feature soundtracks of funk and soul music, have also been praised for their realistic portrayal of urban ghettos and for presenting black culture as complex, diverse, and full of pleasures forbidden in formal America.

In this 3-part webinar, we will examine seven of the most influential and important Blaxploitation films, as well as their legacies in American culture:

Kamasi C. Hill is a historian, theologian, educator, art curator, and filmmaker. Born and raised in Detroit, Michigan, he attended Detroit public schools, graduated from Howard University, and received his PhD in religion from Northwestern University, where he specialized in the history of African-American religion and culture. He lives in Chicago and teaches U.S. and African-American history at Evanston Township High School. He has curated more than 300 pieces of original African and African American art, and work from his collection has been exhibited at the Museum of Science and Industry, DuSable Museum, and the University of Chicago. Kamasi also wrote, produced, and directed the documentary film Born in the Struggle, on the lives of children of black radical activists from the 1960s and 1970s.
Twitter Facebook-f Youtube Instagram