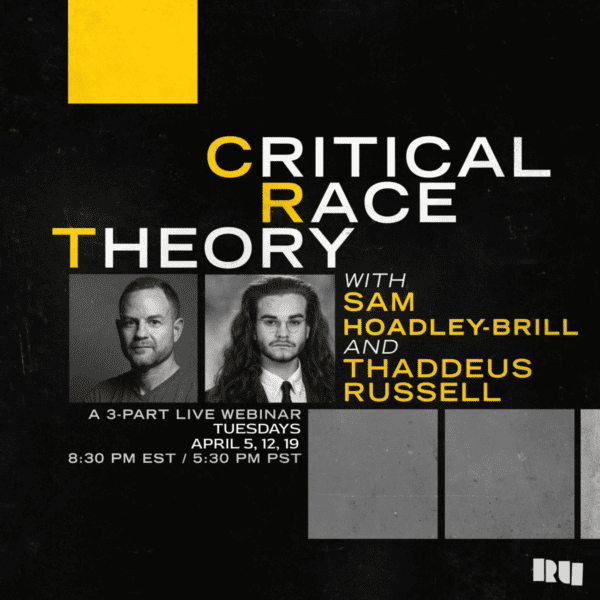 This course examines the invention, deployment and growing popularity of Critical Race Theory in the media, education, and politics.

We will examine the work of Derrick Bell, Kimberle Crenshaw and other founders of CRT, then analyze the ways in which it has been used in news reporting, in classrooms, and in American politics.

Samuel Hoadley-Brill is a PhD student in philosophy at the CUNY Graduate Center specializing in moral, social, and political philosophy. Critical Race Theory is essential to his work as a Research and Writing Fellow at the African American Policy Forum. His work as a freelance writer has appeared in Liberal Currents as well as The Washington Post’s Outlook. Sam’s Substack, Conceptual Disinformation, which launched in May 2021 has been a source of thoughtful pushback and criticism for public intellectuals operating under the “anti-woke” banner. He can be found on Twitter @deonteleologist.

Thaddeus Russell is the founder of Renegade University and the author of A Renegade History of the United States. His peer-reviewed American Quarterly article “The Color of Discipline: Civil Rights and Black Sexuality,” is the most downloaded article in the history of the journal. He has taught courses on African-American history at the undergraduate and graduate level at Columbia University, the New School for Social Research, and Occidental College. His course, “Race: The History of an Idea,” is one of the bestselling Video Courses at Renegade University. Thad holds a PhD in history from Columbia University.