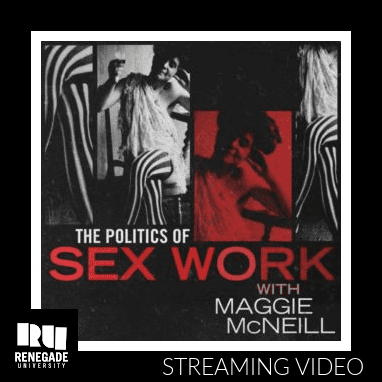 The Politics of Sex Work

The history, politics, and cultural norms of sex work, with an argument for why it should be decriminalized.

Maggie McNeill was a librarian in suburban New Orleans, but after an acrimonious divorce economic necessity inspired her to take up sex work; from 1997 to 2006 she worked first as a stripper, then as a call girl and madam. She eventually married her favorite client and retired to a ranch in Oklahoma, but began escorting part-time again in 2010 and full-time again early in 2015 after another divorce (this time amicable). She has been a sex worker rights activist since 2004, and since 2010 has written a daily blog called “The Honest Courtesan” which examines the realities, myths, history, lore, science, philosophy, art, and every other aspect of prostitution; she also reports sex work news, critiques the way her profession is treated in the media and by governments, and is frequently consulted by academics and journalists as an expert on the subject.
Twitter
Facebook-f
Youtube
Instagram