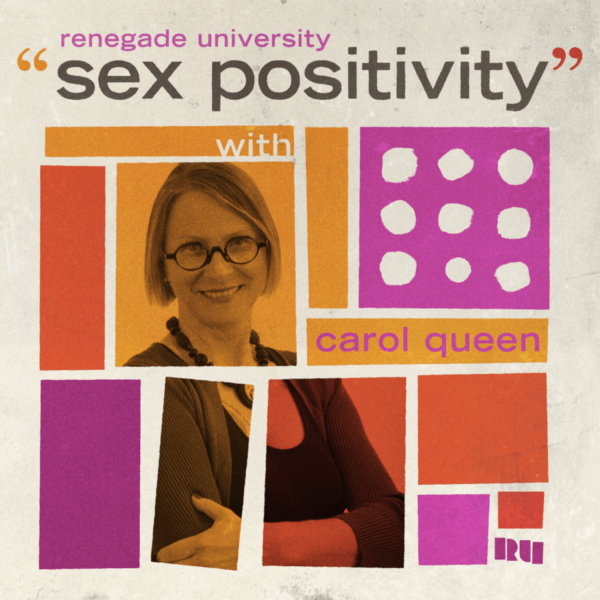 Sexologist Carol Queen tells the history of this culture-changing movement, whose roots lie in the emergent academic discipline of sexology in the 19th century, and argues for the value of establishing sex-positive cultures in a world full of diverse desires and boundaries.

“Sex-positive” describes both a movement of radical intellectuals and activists and a social philosophy. The term doesn’t simply mean an enthusiasm for sex, although many sex-positive thinkers have criticized the cultural repression of sexual desire and pleasure.

Sex-positive philosophy seeks to replace sexual shaming with the argument that human sexuality is enormously and perhaps infinitely diverse and changeable. In other words, there is no one definition of “normal,” nor should there be.

Some sex-positive thinkers were among the first to argue that individuals each have a right to their desires and boundaries, a responsibility to communicate about these and to establish and respect consent, while others have challenged various aspects of these claims. Yet nearly all self-identified sex-positive people believe that in order to have a sexually healthy life we must come to terms with these ideas.

Sexologist Carol Queen tells the history of this culture-changing movement, whose roots lie in the emergent academic discipline of sexology in the 19th century, and argues for the value of establishing sex-positive cultures in a world full of diverse desires and boundaries.

Carol Queen holds a PhD in Sexology from the Institute for Advanced Study of Human Sexuality. She is the Staff Sexologist and Historian at Good Vibrations, the women-owned, worker-owned sex toy and book emporium. She also curates the company’s Antique Vibrator Museum. Carol co-founded and directed the Center for Sex and Culture, which provided educational courses, cultural events, and a library and media archive for the sex-positive community in the San Francisco Bay Area from the early 1990s to 2019. She is the author of The Sex and Pleasure Book: Good Vibrations Guide to Great Sex for Everyone, PoMoSexuals: Challenging Assumptions About Gender and Sexuality, and Real Live Nude Girl: Chronicles of Sex-Positive Culture.