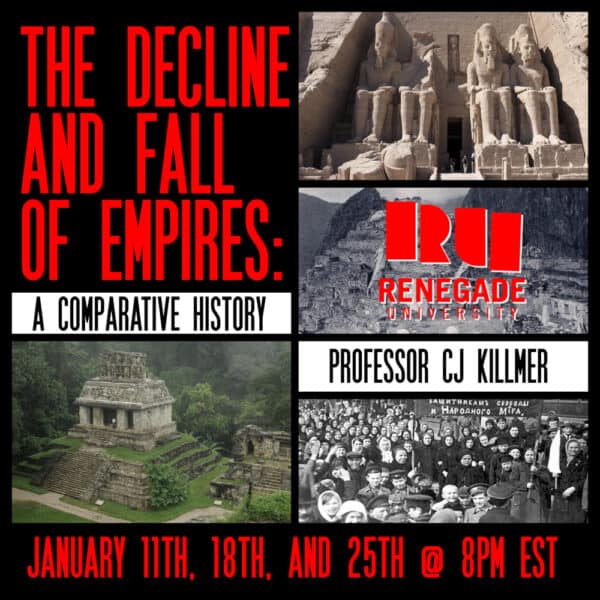 The Decline & Fall of Empires: A Comparative History

History is littered with fallen empires. The Roman, Mayan, Persian, Khmer, Russian, French, and English Empires, along with many more, have all risen and for one reason or another, fallen. What did they have in common? What were the causes? What was it like to experience an empire fall around you?

Every empire edits its history to look better than they were or are. In this class, Decline & Fall of Empires, Professor Killmer will use historical examples from empires ranging from ancient to modern to compare and contrast the similarities & differences into the phenomenon of collapse in different times & places.

As the host of “The Dangerous History Podcast” Professor CJ Killmer is dedicated to sharing history that is conveniently left out. Each session, he will examine the themes around which this course has been organized: 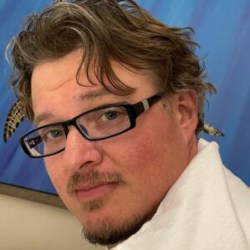 Professor CJ Killmer is the host of the “Dangerous History” podcast. For 16 years he taught conventional college history classes in US History, World History, Western Civilization and Florida History. He earned a Bachelor’s degree in history from Flagler College in 2003 and a Master’s degree in history from the University of Tennessee, Knoxville, in 2006.
Twitter Facebook-f Youtube Instagram