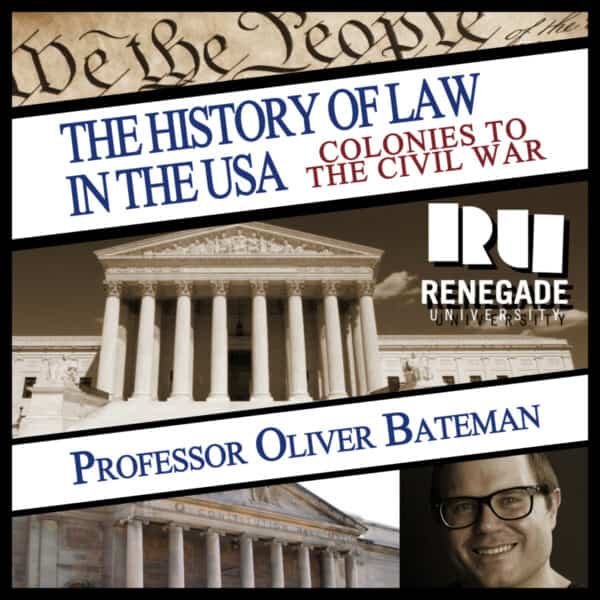 In modern American History the Supreme Court has become the final arbiter of numerous aspects of society; from gay rights to abortion, race relations to commerce, and nearly everything in between. But was that the original intention? How did this come to be?

This History of the Law course with Dr. Oliver Bateman will explore those questions and trace the adaptation of laws to the changing social and economic needs of the early United States with an emphasis on the interrelations of law, public opinion, the legal profession, judiciary, and the political process. Topics include the Transatlantic origins of American law, slavery and indentured servitude, poor laws and dependency, family law, and developments in criminal and civil law.

Each session, we will sort fact from fiction while examining the themes around which this course has been organized:

History of the Law with Dr. Bateman will be taught in two parts, 6 sessions each. This is part one: American Colonies to the Civil War. 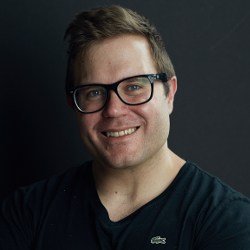 Oliver Bateman is a journalist, historian, and a practicing lawyer in the Commonwealth of Pennsylvania. Previously, he was an assistant professor at the University of Pittsburgh and was an assistant professor at the University of Texas at Arlington teaching graduate and undergraduate courses on critical theory, transnational legal history, research methods, American constitutional history, appellate advocacy, and cultural history. He is the co-host of the “What’s Left?” podcast with Aimee Terese. He graduated from the University of North Carolina at Chapel Hill with a B.A. in History & Journalism. He also holds a J.D. from Valparaiso University and both a M.A. & Ph.D. in History from the University of Pittsburgh.
Twitter Facebook-f Youtube Instagram