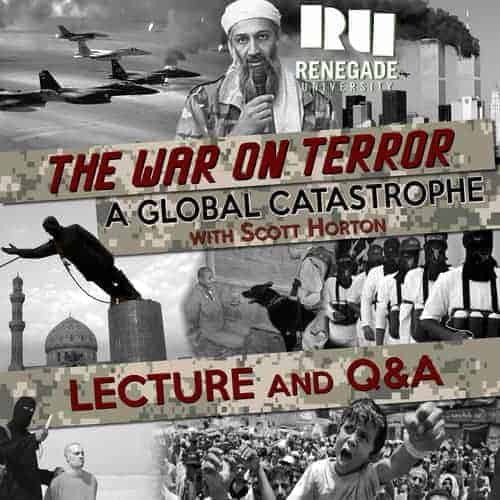 The War on Terror: A Global Catastrophe

An argument that U.S. military interventions created and sustained what appears to be a self-perpetuating war.

When President George W. Bush declared a “war on terror” in response to the attacks of September 11, 2001, there were no more than 300 al-Qaeda fighters in the world and the Islamic State of Iraq and al-Sham (ISIS) did not yet exist. Today, after more than 16 years of bombing campaigns, ground invasions and military occupations, with hundreds of thousands of human lives lost and trillions of dollars spent, al-Qaeda, the organization deemed responsible for the 9-11 attacks, is estimated to command tens of thousands of fighters in more than 20 countries, and its even more notorious offshoot ISIS maintains forces of loyalists across the globe.

Increasing numbers of foreign-policy professionals from both political parties now publicly state what was once considered a radical and irresponsible claim: that America’s war against Islamic terrorism has created more terrorists than it has killed.

In this course, Scott Horton, who has interviewed hundreds of the world’s leading experts on the War on Terror and is the author of the definitive history of the U.S. war in Afghanistan, will present an argument that U.S. military interventions created and sustained what appears to be a self-perpetuating war and that policymakers in the Bush, Obama, and Trump administrations bear principal responsibility for the greatest human catastrophe of our time.

Scott Horton is one of the world's leading experts on the history of the War on Terror. He is the author of the widely acclaimed Fool's Errand: Time to End the War in Afghanistan and the host of the long-running Scott Horton Show, considered by many in the antiwar community to be an indispensable source for foreign policy news and analysis.
Twitter Facebook-f Youtube Instagram