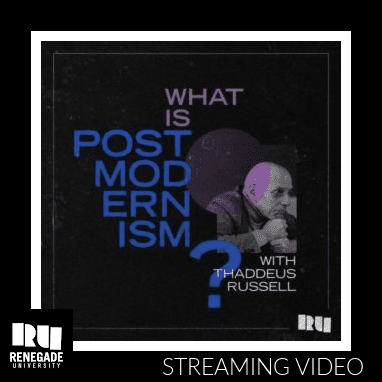 Learn the major arguments of Jacques Derrida, Michel Foucault, and other postmodernist philosophers – and new ways of thinking about the questions they raise.

Many activists use the language of postmodernism in their calls for “social justice.” Others say that postmodernism is destroying our civilization and will enslave us all.

In this course we will do what very few people on either side of the postmodernism controversy seem to have done: examine the texts that are associated with the notorious philosophy.

You’ll gain an understanding of the major arguments in the most famous works of Jacques Derrida, Michel Foucault, and other postmodernist philosophers, and you’ll have new ways of thinking about the questions they raise: